Since its inception Milngavie Football Club (MFC), which is a natural progression from Milngavie Boys Club has been developed within the town of Milngavie. Over the years, membership of the Club has spread to youngsters from areas outside of Milngavie.

Football at youth level has now been recognised to be an integral part of Scottish football. It has also been recognised that younger ages should be taught the game in a more coherent, tolerant and organised manner.

As a result, there is a need for the Club to put in place, a more structured constitution, a statement of which follows.

The Club shall be called Milngavie Football Club. The Club colours shall be blue and white, ‘Argentina’ style for home kit and red and navy ‘Atletico Madrid’ style or Black Strip for away kit.

To provide as and when required, in conjunction with the National Development Plan, the Regional Development Plan and local leagues, educational courses covering player protection, football development, drugs awareness, dietary requirements, first aid or any other relevant education for all participating players and officials.

To promote sportsmanship and fair play in young footballers, officials and parents irrespective of gender, race, religion or social status

Membership of the Club:

The club must be controlled and managed by a committee approved by the SYFA/SAFA/SWF Executive Committee.  This committee to be not less than two in number and at least one member of the committee should have current possession of a Scottish Football Association Coaching Certificate of relevant standard and a current First Aid Certificate or Sports Injuries Certificate or should obtain such certificates within six months from the club’s

Initial acceptance into membership. The names, addresses and dates of birth of such management committee to be submitted by the club when seeking membership. Membership of the Committee will be 3 years and any change in committee before re-election must be approved by the Club Committee.

The club will have the required insurance cover as determined by the SYFA/SAFA/SWF.

The club will fully implement all SYFA/SAFA/SWF. Player Protection Policies

The Office Bearers will be vested in an Executive Committee and they shall have the power to deal with day to day running as they see fit and any matters arising from the activities of the club, club officials and players out with the normal Committee Meetings but shall keep the General Committee informed.

The Club office bearers will consist of the Chair, Secretary /Player Protection Officer, Treasurer, Facilities Manager and Football Development Officer.  All Office bearers shall be elected every 3 years at the AGM.

Committee meetings will normally be held every month if required, but the Secretary shall have the power to convene meetings of the Committee if and when required. Each year dates will be set however these can be changed if there are no ongoing matters.

If a vacancy occurs among the Executive or General Committee during the season, the Committee shall appoint a new office bearer or member at the next Committee Meeting.

The agenda for all Committee Meeting will be alone the lines as follows, however the Secretary can denote the running order:

The Club will aim to hold an AGM no later than 30th September each year. Only Committee Members as defined in paragraph 5.  Management or people up for election are eligible to attend the AGM.

On a requisition signed by one more than half of the Committee the Secretary shall convene a Special General Meeting.

The Agenda for the Annual General Meeting is as follows, however the Secretary can denote the running order:

The annual subscription to the Club shall be set annually for all players by the Committee. Year end will be the 31st of July.

At the end of the financial year, the balance per team will be rolling, so if there is an excess amount available the team can spend on new strips or equipment but a certain amount, agreed at £500 must remain in the Club balance to keep the club running.

The Treasurer will effect all money transactions and shall provide a financial statement for each Committee meeting. All cheques drawn on the clubs bank accounts shall be signed by the Treasurer and the Secretary.

The Treasurer shall give a summary for each meeting of the bank account. The Secretary will also provide a spreadsheet of players fees outstanding. If a player does not pay for more than two months they will be asked to leave the Club.

Prior to any Club purchase, expenditure out with the normal day to day running of the Club must be approved by the committee.

In the event of a new Treasurer being appointed before the AGM, the books must be reviewed before the appointment takes effect.

The Club will pay all League Fees, Affiliation Fees and Cup Entry Fees from the Clubs funds.

All expenses incurred by members of the Club attending to Club business shall be paid out of the clubs funds.

An Independent reviewer of accounts will be appointed at the AGM each year.

If upon the winding up or dissolution of the Club there remains, after the satisfaction of all its debts and liabilities, any property whatsoever, the same shall not be paid or distributed amongst the members but shall be given or transferred to some other society, institution or organisation having objects similar to the objects of the Club and which shall prohibit the distribution of its income and property among its members to an extent at least as great as is imposed on the club under or by virtue hereof, such a society, institution or organisation to be determined by the full members of the club at or before the time of dissolution and if and so far as effect cannot be given to such provisions then to some charitable object.

In the case of having to book other facilities then an agreement must be met by the Facilities Manager.

No Committee member shall be individually or collectively liable for a debt of the Club, unless that person was solely responsible for the debt being incurred.

No Committee member shall be entitled to make any personal financial gain from the activities of the Club.

The club and its officials agree and acknowledge that the SYFA/SAFA/SWF Player Protection Policy plus all associated Policies and any amendments thereto shall be binding on the club.

ALL club members including players, officials, spectators or parents must abide by the club’s code of conduct.

The club must protect all players and officials from all forms of abuse.

The club must accept that all officials must report concerns in respect of any suspected abuse.

The club is committed to eradicating bad practice.

The club will implement all proposals or amendments in respect of player protection policies.

In cases of reported abuse, maintain total confidentiality.  Information must only be shared on a need to know basis i.e. with people who need to know to ensure the child’s health, welfare and development.

Note:  All persons involved in grassroots football have responsibilities to report any suspected or alleged cases of abuse to the relevant Protection Officer.  It is not the official’s responsibility to decide whether or not a player has been abused.

The Club, officials and players shall accept the disciplinary procedures adopted by the SYFA/SAFA/SWF and other relevant Leagues or Associations.  Payments of fines will be the Players responsibility unless it is under exceptional circumstances support by the executive committee, in this case the Club will pay the fine.

The Club shall accept responsibility for the conduct and behaviour of all club officials, players and other individuals associated with the Club.

All club decisions will be subject to the right of appeal to the appeals committee of the SYFA/SAFA/SWF.

A club, player or club representative may appeal to the Appeals Committee against the decision of a league, association, Club, Executive, General Purposes or Regional Executive Committee affecting such club, player or club representative.  Such appeals shall be dispatched to the National Secretary by recorded or registered delivery and in duplicate within seven days of receipt of written notice of the decision of the league, association or club concerned.  A deposit shall be lodged with each appeal. In the case of a player this shall be £30, and in the case of any other appellant it shall be £60.00.  This deposit may be forfeited if the Appeals Committee so decides.  The grounds of appeal must be specifically stated and if the Appeals Committee considers the appeal frivolous or trivial, the appellant may be liable to a financial levy the scale of which shall be fixed annually by the Appeals Committee.

Appeals, which relate to any matter affecting the result of a cup-tie or which would interrupt the playing of a competition, shall not be entertained as per the Articles of Association of the Scottish Football Association.

All meetings shall be chaired by the Chairman or the Secretary.

The agenda will be circulated prior to meetings by the Secretary. Only business identified to the Secretary in writing 72 hours before the meeting will be discussed

Motions can be tabled under appropriate agenda items.  The chairperson having the right to defer discussion of tabled motions

Minutes of previous meetings will be prepared by the Secretary and circulated to members with the agenda for forthcoming meetings.

The quorum for Committee meetings shall be fifty per cent of the members.

For all team / club equipment and strips to be accounted for, and for this outgrown not need by a specific team to be handed down to a younger team. Each team to be responsible for their own audit but to send a copy to the Secretary to have on file. 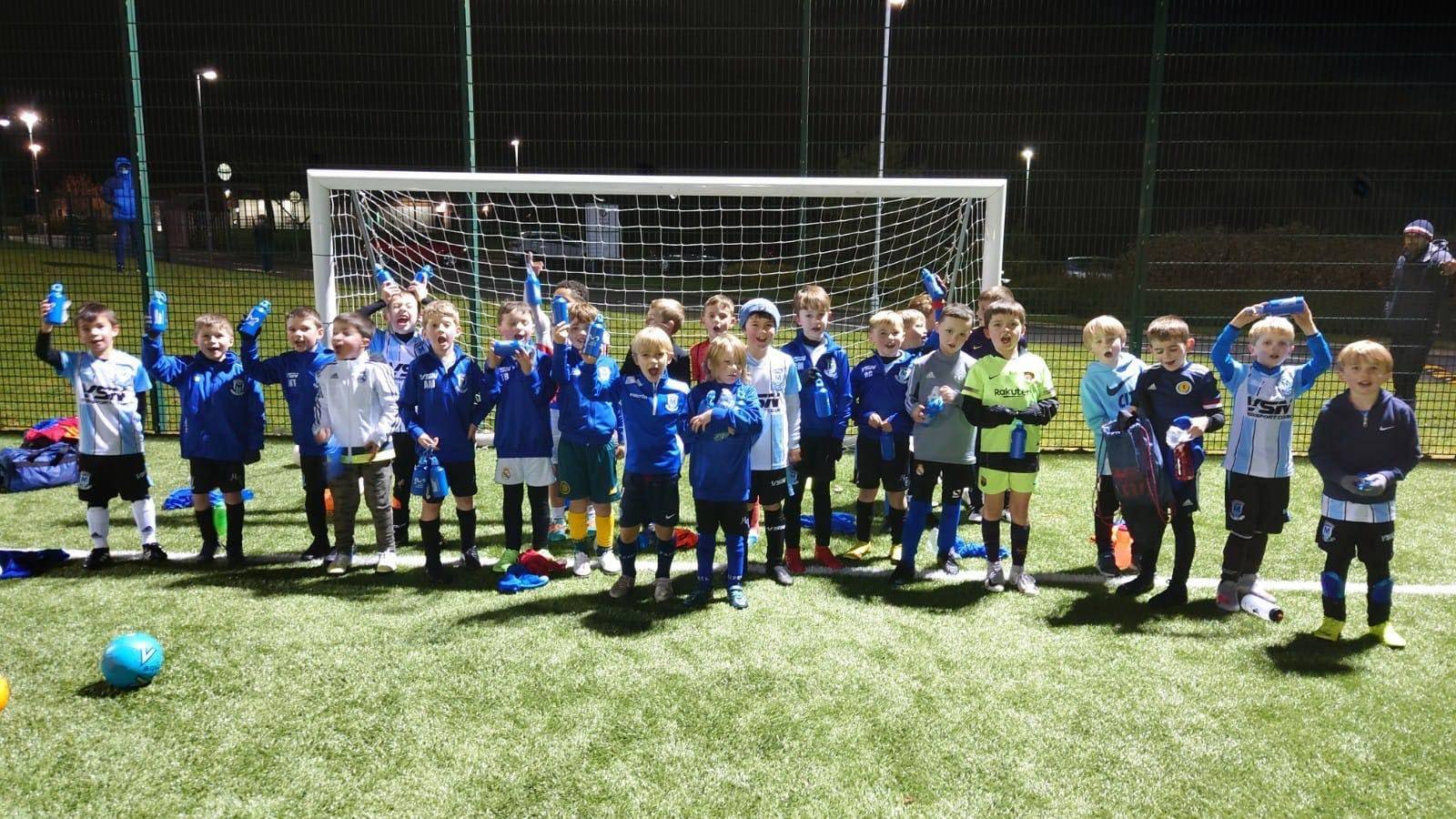 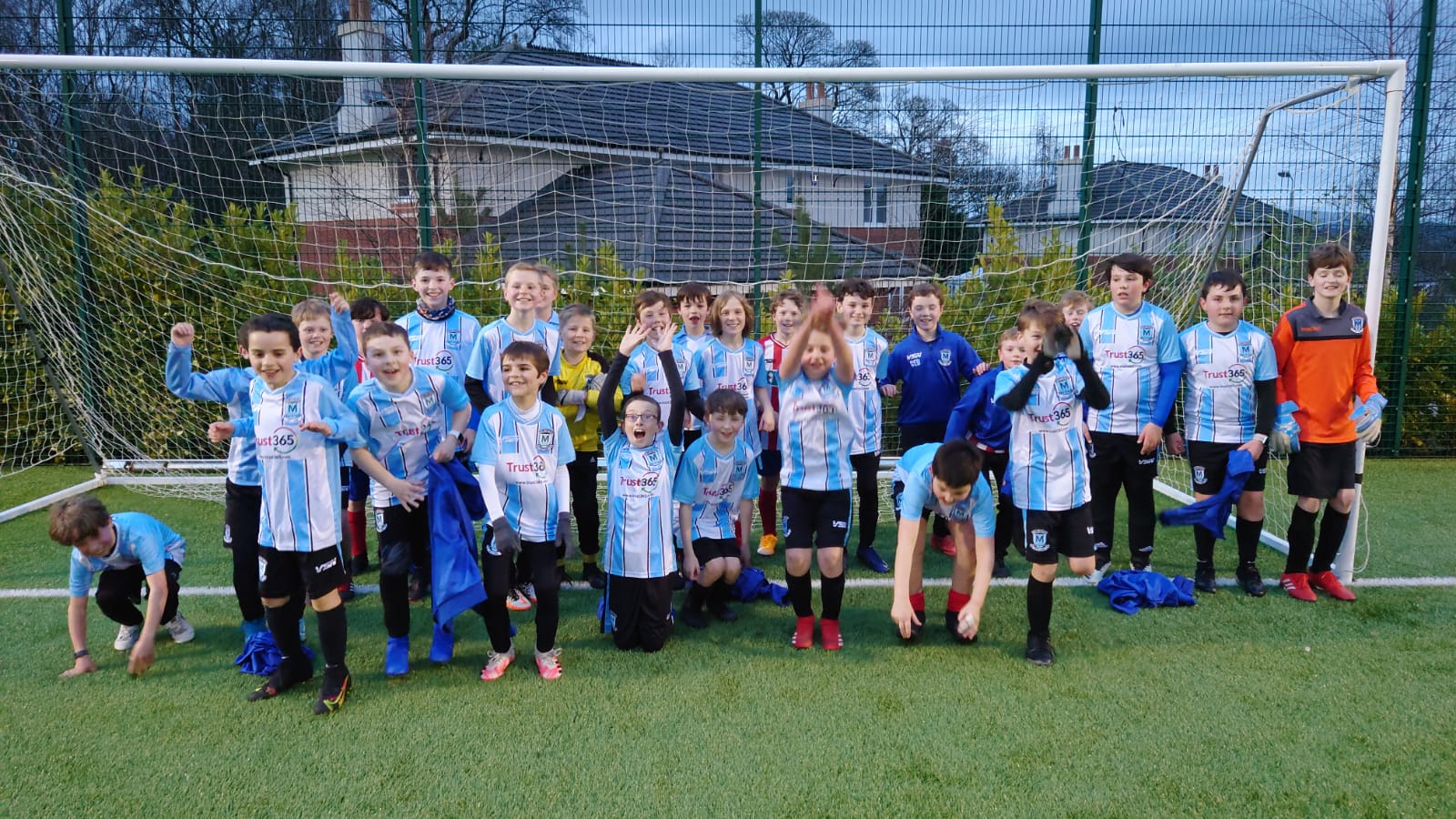 Stay up to date with all our latest news, information and important details by subscribing to our newsletter.

A CLUB FOR THE COMMUNITY

Send us Your MFC News!

Just write to us below or, if you prefer, email us at contact@milngaviefootballclub.com (you can also attach pictures by email).